Can Sleep Apnea Cause Depression? 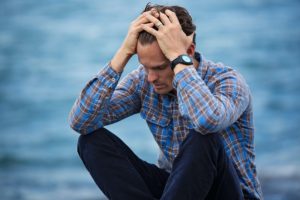 At least 18 million Americans live with sleep apnea. It causes several pauses in breathing frequently while sleeping, which is most often caused by an obstruction in the airway. Chronic snoring is one of the most noticeable symptoms, but that’s not the only complication that can occur. If sleep apnea isn’t treated, it can negatively affect your physical and mental health. New research has found a direct connection between the sleep disorder and depression. If you’re feeling less than your best, here’s how you can tell if sleep apnea is the cause.

END_OF_DOCUMENT_TOKEN_TO_BE_REPLACED

Comments Off on Can Sleep Apnea Cause Depression?